Music is an aspect of human being that has always been there. In that post we go back in time
to study the role and nature of music in ancient Egypt. What was its purpose? When and where was
it played? What types of instruments did they have? What was the meaning of music for them?
The main objective of this exhibition relates to the different types of musical instruments that can be
found along the ancient Egyptian history from the Old Kingdom to the Late Period, the context 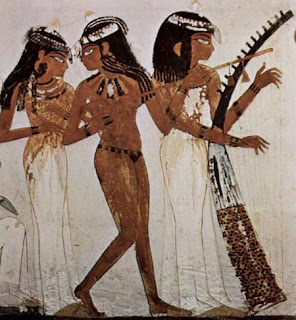 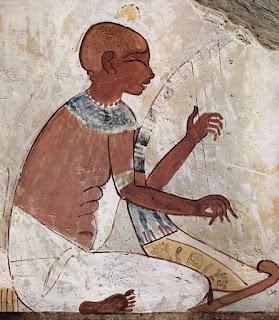 He was the one whose personality was human enough to be considered the god of popular and
secular music. Because of that he can be found playing instrument such as a drum meanwhile it is
common to see representations of a musician playing for him.
But anyway, the goddess of music per excellence was Hathor, the 'mistress of dance' and 'mistress
of music'.
We have seen briefly the types of instruments that can be found in a secular area, but one of them is
only and always found in a sacred context: the sistrum. This instrument was commonly associated
to the goddess Hathor as it usually had a Hathor head represented in the handle. There are two
different forms of sistrums: the old one, the naos-shaped sistrum, usually made of faience; and
'arched' sistrum, made of metal. As this kind of instrument was usually related to the papyrus it is
believed that it was linked to the myth of how Hathor took refuge in the papyrus swamps of the
delta with her infant son. It is curious that in the liturgy of the Coptic church the sistrum is still used
to be extended to the four cardinal points to emphasize the power of God. But it is remarkable to
say that the sistrum was not only used to invoke Hathor but other gods as well as it is the case of
Amun. Another instrument very used in a religious context is the round tambourine by the end of
the New Kingdom. The earliest representation known of that instrument comes from the tomb of
Kheruef, from the reign of Amenhotep III. As it had representations on its membrane evoking
Hathor and Isis, it is believed that the round tambourine had rebirth connotations.
The other area where music had an important role was the military one, both in a military campaign
or in a military procession. However, the first time the army musicians were depicted at Deir el-
Bahari, in the temple of the queen Hatshepsut, the use of drum in that context is known even earlier
thanks to the drum found close to the coffin of a tomb in Beni Hassan from the Middle Kingdom.
Apart of the drum, the trumpet was the other important instrument in a military situation. This
instrument appears as well in the representations of Deir el-Bahari. The most famous example
comes from the tomb of Tutankhamun, that would have had two functions: on the one hand as a
sacred objects of rebirth in the Afterlife and on the other hand as a military instrument in the real
life. It is worth to mention that these trumpets are the only instruments which have been made to
produce an authentic ancient Egyptian sound. 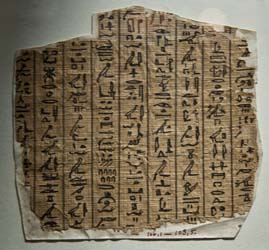 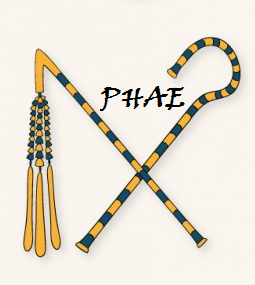 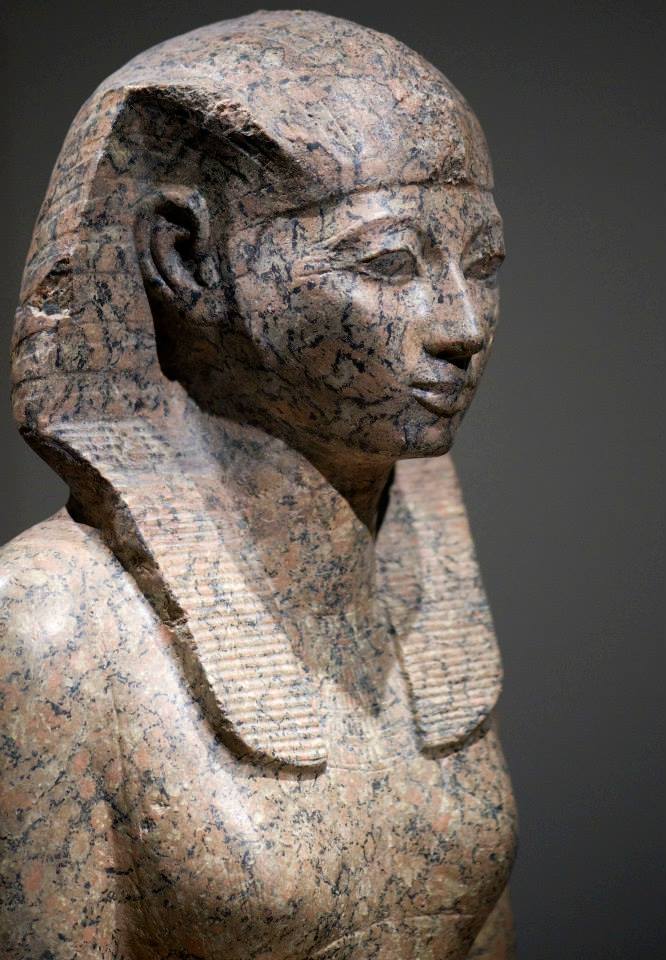